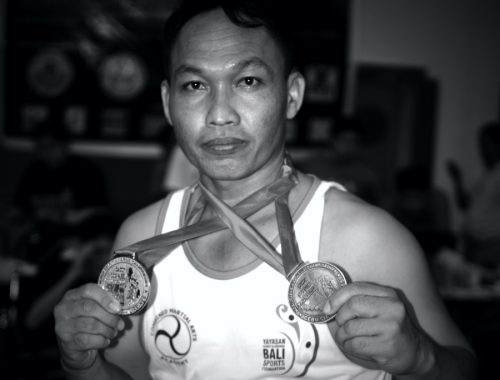 Idi Tindianto commenced his martial arts training in 1995 with Tae Kwon Do and Wu Shu, including Sanshou/Sanda and Taolu and have been competing in various Sanshou tournaments between 1999 and 2006.

In 1998, Idi enlisted into the Indonesian Army, joined the initial 4 months basic training in Rindam 2 Sriwijaya, South Sumatra, which was followed by a 3-month Cavalry training in Bandung. Between deployments, he continued Wushu training in Jakarta under coach Ahmad Rivai and has competed in many Wushu/Sanshou competitions… END_OF_DOCUMENT_TOKEN_TO_BE_REPLACED