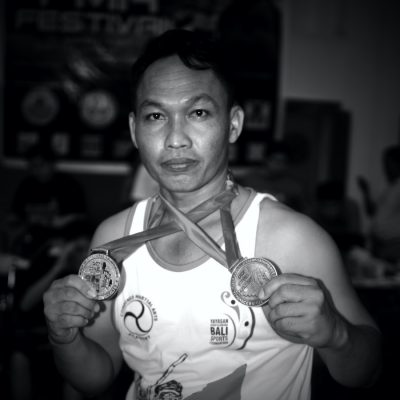 Idi Tindianto commenced his martial arts training in 1995 with Tae Kwon Do under Sabeum Suryana. Training was located at Bandung National Institute of Technology. He finished training with Green – Blue stripe belt.

In 1997 he moved to Palembang where he resumed his Tae Kwon Do training and earned the red belt. At the same time, he was also training Wu Shu, including Sanshou/Sanda and Taolu in Darma Jaya under coach Ahmad Yani. In August 23-24, 1997, he competed in the South Sumatra regional sport week (PON), finishing 5th.

Between 1999 and 2006 Idi continued training and competing in various Sanshou competitions as well as coaching the Kutai Kertanegara Regency Wushu team in 2006 for the East Kalimantan sports week. The team finished as the Grand Champion.In 1998, Idi enlisted into the Indonesian Army, joined the initial 4 months basic training in Rindam 2 Sriwijaya, South Sumatra, which was followed by a 3-month Cavalry training in Bandung. Between deployments, he continued Wushu training in Jakarta under coach Ahmad Rivai and has competed in many Wushu/Sanshou competitions.