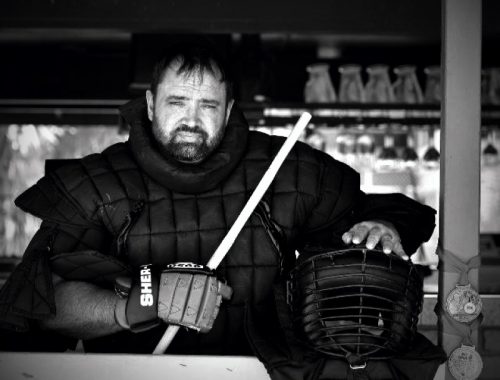 Tom Goldsworthy commenced his martial arts training in the late 1980’s and has since trained in 8 different martial arts systems. He has trained with many noted and experienced martial artists adding considerable depth to his understanding of many systems. His closest friend and mentors Gordon Armstrong and Gavin Maclean had a pivotal influence in his development with Charlie Smith (Olympic Boxing Coach) influencing his most recent development.

Tom considers himself as having been extremely lucky being exposed to many exceptional instructors and mentors who have assisted the development of his martial arts experience.

Tom is one of three founders of  Zen Goshu Goshin Jutsu, and also teaches Cacoy Doce Pares Eskrima from the CDPE WF system. Tom is the Australian head and a current Senior Instructor at the Combined Martial Arts Academy, a non-profit organization for the development of martial arts… END_OF_DOCUMENT_TOKEN_TO_BE_REPLACED